…also called AF or Afib is one of the most common and under-treated heart rhythm disorders in America and the world. However, I don’t know how they treat it in other countries.

Just what is Atrial Fibrillation?
(information is from Taber’s Cyclopedic Medical Dictionary)

ATRIAL…pertains to the atrium.
FIBRILLATION…pertains to irregular and rapid contractions of the atria working independently of the ventricles.

So – you say, ‘what does that mean?’ It means these terms are parts of the heart – heart related. The atrium (a cavity or – as also referred to – sinus) is the upper chamber of each half of the heart. The right atrium receives deoxygenated, dark red blood from the entire body (except lungs) through the superior and inferior vena cavae and coronary sinus; the left atrium receives oxygenated red blood from the lungs through the pulmonary veins. Blood passes from the atria to the ventricles through the atrioventricular orifices. In the embryo the atrium is a single chamber which lies between the sinus venosus and the ventricle. Now, back to the fibrillation – instead of the contraction of the atria beginning at the sinoatrial node and being conducted along to the ventricles, there is a rapid succession of beats at the atria. Contraction of the atrial muscle causes the waves to pass round and round the atrium. There is no atrial diastole or atrial heartbeat. This is the beginning, so to speak, of ‘etiol’ the degeneration of cardiac muscle which occurs in the late stages of mitral disease of the heart. After strain of the degenerated cardiac muscle, diseases such as hyperthyroidism, infiltration of the atria by neoplastic tissue, and acute rheumatism in children can occur.

t in the layman’s terms of understanding – AF is a disease that involves an irregular quivering or rapid heart rhythm in the upper chambers (atrial) of the heart which is faster than a normal heartbeat. Because the blood is not pumped completely out of the atria it may pool and clot. Doctors tell us that when left untreated a patient has a five times higher chance of having a stroke, and are at a greater risk of developing heart failure. It can lead to other heart disorders as well, such as Bradycardia (slow heart rate), and Ventricular tachycardia (fast heart rate). Symptoms that one can experience in addition, include shortness of breath, light-headedness, and in some cases no noticeable symptoms at all.

I have many friends who have suffered from this disease and/or are now still suffering. Does it ever go away? Can it be fixed? My first experience with this was with one of my clients. I got a call on the phone one night from the client’s mother crying out to me to fix a new problem the client was experiencing. Now, I am not a doctor – I am a detoxification specialist and consultant. The client’s mother was frantic. The doctors wanted to burn the nerve endings going to my client’s heart. It was okay with her if it fixed the problem…however, it was not okay with my client. She finally let me talk with my client to further explain the situation – my client had Atrial Fibrillation. I was familiar with the terminology but this disease was new to me as far as what could be done for the disease, and, I had many questions that needed to be answered.

In a nutshell, my client was not convinced the doctors could help the condition by the burning of the nerve ending of the heart, and, it would have to be done again if the procedure didn’t work the first time. My client told the doctor he wanted to treat the condition naturally, and as I had helped my client prior to this issue, for weight problems, my client asked me for advice again. After losing a lot of weight, my client fell back into old, bad eating habits (mainly fast foods), and had put the weight back on, which along with stress, helped cause my client’s present health issue scenario – atrial fibrillation. It was time, to educate my client on the new problem AF. I presented my client with an herbal protocol that could be followed for this new health issue. To make a long story short – my client applied the herbal protocol – taking the herbal formula’s needed that would start the heart repair. With God’s help the outcome was successful. My client’s testimonial is, “I can’t make it without your herbs.”

NOTE: My client took the heart medications prescribed by the doctor, at the same time that he followed the herbal protocol. The doctor didn’t think the herbs would be a problem. This procedure, in place for a good year, is still being followed – minus the heart meds (thinners to prevent clotting of the blood). The doctor, amazed at how my client had healed by doing what he was doing, told my client to keep on doing it. He also told my client the Afib is under control – making it un-necessary to do the nerve endings burn.

Medical doctors use many ways to treat Atrial Fibrillation to include the burning of nerve endings, radio-frequency ablation, and today a freezing technology called cryoablation where they freeze the heart tissue to interrupt the abnormal electrical signals that cause this irregular heartbeat.

It is the patient’s choice when it comes to deciding on a procedure to follow to repair their health issues. Medical doctors are still treating only the symptoms and not the cause. As my mentor might say, and I agree, ‘look at how you have abused your body all these years, by eating the wrong foods (very few fruits and vegetables), drinking the wrong beverages, (too much alcohol, sodas, caffeine laden drinks), the taking of drugs, (prescription and otherwise), too much dairy, gluten and etc, etc.’ What do you expect? 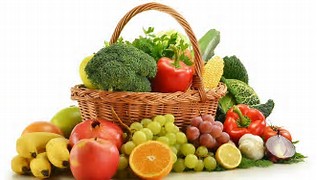 I implore you to take charge of your lives, your health now – before it is too late. My client is 50+ in age (still young). You don’t have to be old to experience catastrophic diseases and illness. I am happy to see on the TV, read in Books, and hear on the radio that holistic healing methods are on the rise. God knew what He was doing when He created us. Why does man want to destroy His good work?

There is a saying, “When you hit bottom, there is only one way to go, and that is UP.” Let today be your up day, put your health back on track.