Many people are familiar with the term COPD because of what they see on TV and, because of seeing many walking among us with inhalers in their hands or with oxygen tanks strapped to their backs.

Pulmonary disease concerns or involves the lungs. The medical term for COPD is Chronic Obstructive Pulmonary Disease. It all starts with the circulation of the blood. The Taber’s Cyclopedic Medical Dictionary explains it as, “passage of blood from heart to lungs and back again for purification. The blood flows from the right cardiac ventricle through the lungs, there to be oxygenated; then back to the left cardiac atrium.” The word ‘obstructive’ is indicative of a blockage somewhere as the blood flows.

COPD has become prevalent in today’s society with the reasons being varied. I could make this a long drawn out blog, but feel it necessary not to. I will try to touch on what seems needed for the general public to have a better understanding of it. 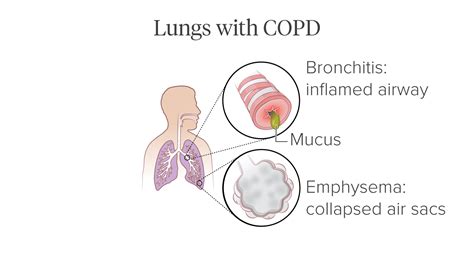 The COPD Foundation describes it “as an umbrella term used to describe progressive lung diseases including emphysema and chronic bronchitis.” I researched several sources and they all say pretty much the same thing. (Wikipedia, Mayo Clinic, COPD foundation and CDC)

Symptoms – don’t usually appear until significant lung damage has already occurred, and often worsens over time. Signs and symptoms may include:

COPD can be experienced in “episodes called exacerbations, during which their symptoms become worse than the usual day-to-day variation and persist for at least several days.”

If you are experiencing any of the above it is imperative that you see your doctor.

It is apparent from all my sources that the main cause of COPD in developed countries is tobacco smoking, but can also occur in people who have been exposed to fumes from burning fuel for cooking, and, heating in poorly ventilated homes.

People with COPD risk developing heart disease, lung cancer and a variety of other conditions. I have friends who fit into this scenario perfectly  – they all have heart issues and have experienced some type of lung cancer.

How are your lungs affected? Air travels down your windpipe (trachea) and into your lungs through the large bronchial tubes. Inside the lungs these tubes divide like the branches of a tree into smaller tubes that end in clusters of tiny air sacs which have very thin walls full of tiny blood vessels. The oxygen in the air that you breathe passes into these blood vessels and enters your bloodstream. COPD causes these tubes to lose their elasticity and over-expand. This leave some air trapped in your lungs when you exhale. This airway obstruction ends up causing the emphysema and bronchitis.

You have determined by now that smoking is the biggest culprit, and you say ” I have friends who have smoked all their lives and are perfectly fine. Or “I have friends who have never smoked and they have COPD.” I understand. There are irritants other than smoking that can cause lung damage and COPD. They include: secondhand smoke (which I can attest to – having worked in an office where everyone in the room smoked, causing me to go home each night thinking I had breathed my last breath). To continue: pipe smoke, air pollution and workplace exposure to dust, smoke or deadly fumes. Genetic susceptibility to the disease may also be a factor, because as aforementioned, not all smokers develop COPD. The list can go on and on.

Complications – can arise to include:

There is hope. I have a friend who has chronic COPD. She is on oxygen 24/7, but she never gives up. The good news is that there are ways to slow the progression of the disease. Since we now know it is directly related to cigarette smoking, the best way to prevent COPD is to never smoke or as they say  STOP – NOW.

As for COPD being caused by occupational hazards – mainly chemical fumes and dusts – you need to discuss with your boss or supervisor about protecting yourself from the exposure, such as using respiratory protective equipment. According to OSHA guidelines – this is the only time anyone needs to wear a mask.

Lastly talk to your doctor if you experience any of the above mentioned conditions, causes etc. Also, do your own research. COPD is a preventable disease as well as manageable. However, I couldn’t find anywhere that it is curable. My knowledge tells me that is because the lungs are not regrowable as are some of our body’s organs. As well, the lungs cannot be fully repaired.

This blog is for informational purposes only. I hope it helps you to understand COPD. Not a pretty picture or a fun disease to have to deal with, but then is any disease fun to deal with?

MAY GOD BLESS US ALL – PRAY FOR GOOD HEALTH!