I am not usually not an ‘off the wall’ person, but this morning as I was reading my scriptures I was at a loss of what to read. To solve this dilemma I closed my eyes and just let my bible fall open where it may. It fell open to the Bible Dictionary. I use dictionaries a lot. What I was meant to read  stuck out to me ‘like a sore thumb,’ (I call it inspiration); it  was listed in the dictionary as the ‘Fall of Adam.’ I have spent most of my life trying to figure out where I came from, how I all got here and what was in store for me now that I am here, and where I will be going when the time comes to leave this earth.

Quoting from the King James Version of the Bible (and with my own comments interspersed) – I feel this is the beginning of helping me to understand the whole ‘mankind’ process. It even fits in with what I believe today about the body healing itself – Natural Healing.

Fall of Adam. “The process by which mankind became mortal on this earth. The event is recorded in Gen. 2, 3, and 4. The fall od Adam is one of the most important occurrences in the history of man. Before the fall, Adam and Eve had physical bodies”(like we look today with only one difference – read on) “but no blood.”  “There was no sin, no death, and no children among any of the earthly creations.” (Common sense would be, because without blood Adam and Eve were not mortal beings). However, it goes on to say: “With the eating of the “forbidden fruit,” Adam and Eve became mortal, sin entered, blood formed in their bodies, and death became a part of life. Adam became the “first flesh” upon the earth, meaning that he and Eve were the first to become mortals. After Adam fell. the whole creation fell and became mortal. Adam’s fall brought both physical and spiritual death into the world upon all mankind.” You ask, what is ‘spiritual death’. Spiritual death, as I understand it, is the ceasing of man being able to communicate face to face with GOD – or any of the higher beings. This all makes sense to me, but is sometimes confusing to others. It goes on the explain….

“The fall was no surprise to the Lord. It was a necessary step in the progress of man, and provisions for a Savior had been made even before the fall had occurred. Jesus Christ came to atone for the fall of Adam and also for man’s individual sins.”

As I see it, in my opinion – the fall was a blessing. Think about it. Should Adam and Eve not be honored? Are they not the first parents, in the flesh, of the earth?

The next topic in the dictionary was ‘Family.’  Adam and Eve were a ‘family’ and, that is another whole topic in and of itself and probably one that should be discussed, especially with all the turmoil going on in the world today. For me, when I read and hear about the devastation happening all over the world of crime and natural disasters – it brings me closer, in mind and thought, to my maker. How about you?

NOTE: If you haven’t read, heard, or don’t know – Adam and Eve, ate the FRUIT and VEGGIES that were already in the Garden of Eden. When cast out of the garden, their punishment (so to speak) was to till the earth and grow their own FRUIT and VEGGIES.

We are still growing our own today – or we wouldn’t have natural foods to eat. The growing of food process, however, has been altered by man’s addition of pesticides, etc. which are not good for man’s physical body. But then, God also is the creator of “freedom of choice”.

Apply this when you read my blogs. I recommend, I bring to light the unknown to many of you of things unusual or new. In the end it is up to you to make your own CHOICE. 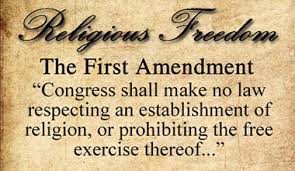 Blessings to you all!