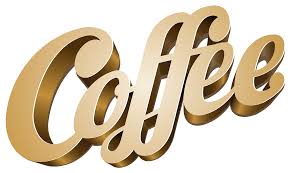 Is it or is it not good for you. People question me about this all the time. Since the Keurig Coffee maker came into existence, coffee has become a big item. There are people on the TV, some of whom tell you it is good, and others who tell you it is bad. So what is it?

Millions of people start their day with a cup of coffee, and some continue to drink it throughout the day. Their excuse – “it gives me energy,” “it wakes me up,” “I can’t get through the day without it.” The caffeine in coffee makes it a strong contender for caffeine abuse. It creates chemical dependence.

In my opinion, IT IS NOT GOOD IF YOU WANT TO BE A HEALTHY HUMAN BEING! It is like being addicted to other drugs, and, there are consequences to include adrenal gland failure – the stimulating effect of caffeine causes the adrenal glands to secrete the hormone adrenaline, the overuse of which exhausts them – the adrenals; severe blood sugar swings; acid imbalance – the excess secretion of acid in the stomach. As I have mentioned many times optimal health calls for an alkaline pH balance to the body (80% alkaline, 20% acid). Other consequences; coffee depletes essential minerals in the body – it causes the excretion of some minerals in the urine and inhibits the absorption of others (one of which is iron). The non absorption of iron increases the risk of anemia. Regular consumption of coffee may lead to cardiac sensitivity, abnormal heartbeats, anxiety, irritability, intestinal irritation, and insomnia. (Source: Dr. Scott A. Johnson – The Word of Wisdom, Discovering the LDS Code of Health.)

I hear it all the time, “but I only drink decaffeinated coffee. However, scientific research tells us that decaffeinated coffee still contains at least 9% caffeine. Also, the chemicals used to decaffeinate coffee create additional health concerns particularly the large amounts of hydrogen peroxide, of which there is 500 to 750 micrograms per cup after the preparation. Thus coffee contains a hydrogen peroxide generating system. It is a mutagenic component in Instant coffee and decaffeinated coffee. What is a mutagenic component? It is a component that causes mutation changes in the body system such as a relatively permanent change in hereditary material involving either a physical change in chromosome relations or a biochemical change in the codons that make up genes. (Sources: PubMed.gov  – and Websters Collegiate Dictionary)

This is serious stuff folks. Frankly, there just isn’t a healthful type of coffee to drink, in spite of the hype telling you otherwise.

Now I am hearing, “well, I will just drink tea!” Contained in both coffee and tea are three xanthine alkaloids, (theobromine, theophylline, and caffeine). One big difference between coffee and tea is that coffee contains much more caffeine than tea – depending on the coffee, almost 4 times more than black tea, and more than 5 times the amount in green tea. Bottom line – they all contain caffeine – a drug that should not be consumed if you want your internal organs to stay healthy.

My Detox Program prohibits the use of any caffeinated drinks, and particularly, coffee. My clients go through rigorous physical symptoms of withdrawal when they quit drinking coffee, tea, etc. These include headaches, difficulty concentrating, and fatigue, etc.

I cannot begin to say that it is okay to drink coffee in spite of Keurig company as well as other folks who are pushing coffee as being healthy – even saying it depends on the coffee bean, and the drink preparation. I know there are ‘coffee geeks’ out there who will contradict everything I have said and researched. Your goal may be, as is the goal of many of my friends, to create the healthiest, best tasting cup of coffee on the planet. But these goals only add to the caffeine addiction, and it is an addiction. And, NOT a healthy addiction, re-read the first paragraph.

And, my biggest pet peeve – PARENTS WHO GIVE THEIR BABIES, SMALL CHILDREN, AND TEENAGERS COFFEE. When I question it, their answer is commonly, “oh, just a little taste – it won’t hurt them.” Well folks, it does hurt them….just re-read the above.

However, it is up to you to decide whether Coffee is Healthy or Poison…but as for me I will continue juicing and drinking lots of the water I purify myself. 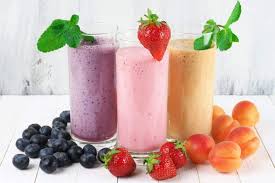