Keep this in mind as you learn about the following – Americanism versus Communism.

I’ve done days and hours of research on this subject. It is for information only. Everyone has – or hopefully still has their freedom of choice. I am not telling anyone what to do or the decisions they should make. Everyone is free to do their own research for verification.

What do you know or want to know about Communism, Marxism, Socialism? It’s a given that they all have the same agenda. But for this blog I will reference Communism. Communism is acknowledged by all European Powers to be itself a power. Today’s society has sprouted from the ruins of a feudal society riddled with class antagonism, establishing today, new versions of classism, new conditions of oppression. The result is the splitting of society up into two great hostile camps. For life times it has been about the good versus the bad. GOD vs the ADVERSARY. 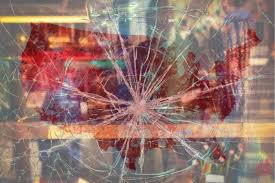 CHAOS: TV and the media in today’s world play a huge role in helping the citizens of America make decisions, from where to live, what to wear, what to eat, what is right, what is wrong, what is politically correct and what is not. The political base when it comes to this years Election – to make it simple, is, rightism vs. leftism via Republican vs. Democrat. They are 2 very different ruling classes with 2 different agendas in relationship as to how to take or maintain control of the working class people. The working class people have been controlled by the political base for many years. It started in Genesis in the bible, with the story of Adam and Eve. The measure of control then was God versus the Adversary. It still is today. Let’s compare the two.

In the bible we learn that Jesus is of God and for God, Satan, the Adversary, is anti-God. The bible is full of God’s principles, doctrine and commandments. It tells us little of Satan’s principles or doctrine other than, as the Adversary, he wanted then, and still does now, to have total control of the people. So how is this done? In the NOW, here in America it will be facilitated by way of the November Election. We will be voting for the RIGHT, Conservatives who function under God’s laws via the Ten Commandments, or the LEFT, Democrats who function under the Adversarial laws via Communism/Marxism/Socialism.

What are the Ten Commandments? The Ten Commandment are ten laws in the Bible that God gave to the nations of Israel shortly after the exodus from Egypt. They are essentially a summary of 613 or more commandments contained in the Old Testament Law. The first four commandments deal with our relationship with God. The remaining six commandments deal with our relationships with one another. They are as follows as recorded in the Bible in Exodus 20:1-17 and Deuteronomy 5:6-21. They represent AMERICANISM.

In the King James version of the bible the words thou and ‘thy’ are used in reference to ‘you’ and ‘yours’. I credit this version of the 10 Commandments to the Got Questions Ministries. They present a simplified version with a description to clarify the commandment if anyone should have a question with it. According to which bible you are reading, there are differently worded versions of the Ten Commandments. However, they all basically say the same thing.

These are simple laws by which mankind has lived for centuries without any major issues. They are given to man by the GOD that gave man his freedom of choice.

In comparison – the following Agenda is a short version of the laws of the Adversary via the Communist Manifesto – published by Karl Marx On February 21, 1848.  It was written by Karl Marx with the assistance of Friedrich Engels.

There is more, yes, so much more. You need to research it for yourself. If and when you do, you have the rest of the story as it is already unfolding right before your eyes. You are all wondering what the pandamonium we have been living is all about. It is about the reconstruction of society under a New World Order of EVIL LEADERS.

There are many Communist controlled countries in the world today. In short, the Communists/Marxists/Socialists everywhere support  every revolutionary movement against the existing social and political order in the United States of America today. The C/M/S disdain to conceal their views and aims. However, they openly declare that their ends can be attained only by the forcible overthrow of all existing social conditions. 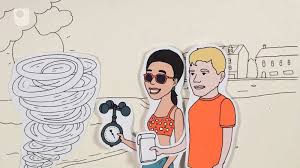 WHAT KIND OF A WORLD DO YOU WANT TO LIVE IN. GET YOUR HEAD OUT OF THE SAND. GET OUT OF YOUR PLACE OF COMPLACENCY. TAKE OFF THE ROSE COLORED GLASSES. THE CHOICE IS NOW – OR PLAN ON LIVING THROUGH THE CATASTROPHIC DESCRIPTIONS THAT ARE WRITTEN ABOUT IN THE BIBLE. THE LORD HAS PROPHESIED WHAT THE FUTURE WILL BE LIKE. WE JUST DON’T KNOW THE TIME – HOWEVER, ACCORDING TO CHRISTIANS ON ALL THE CONTINENTS OF THE UNIVERSE, THE TIME IS SHORT!

Paraphrasing the words in the bible – You cannot serve two masters, you must choose one or the other. It is between GOD or MAMMON (SATAN)

Your choice is Right or it is Wrong. It is Good or it is Bad. There is no gray area. There is no in-between! What do you want your future to look like?