2. I am often asked about ‘Acid Reflux’. As I have said many times, acid reflux is the result of the over acidity of the body caused by the intake of junk foods, mostly. This pandemic has people eating anything they can get their hands on even though they know it isn’t good for them. It has people snacking on junk all day long. Kids and adults alike are not eating a good diet of food to include lots of fruits and vegetables. The lines at the fast food chains and Starbucks are long. This is one reason of why the influx of ‘acid reflux’

Most of you are running to the pharmacy to buy over-the-counter and prescription medications to treat your ‘acid reflux’. All of these medications have an adverse effect somewhere else in the body. According to a study in Scientific Reports, “over-the-counter and prescriptions medications to treat and prevent symptoms of heartburn and acid reflux have been found to have adverse effects, including kidney damage.”

Medications used include Prilosec OTC, and Nexium, which were originally developed to treat occasional episodes of heartburn and acid reflux symptoms.Their safety wains after prolonged use. “Recently they have come under scrutiny due to growing evidence of renal, cardiovascular, autoimmune, and neurologic adverse effects…and evidence of kidney injury and electrolyte imbalances in an alarming number….”

You had better think twice before running to the pharmacy. Start eating less acidic foods. The balance between acidity and alkalinity in the body should be 80% alkaline to 20% acid. In my opinion, these percentages in most people are just the reverse. Alkaline rich foods include: lemons – yes lemons. Lemons and grapefruit are the 2 citrus fruits that are not acidic; melons to include cantaloupe, honey dew, and WATERMELONS – in my eyes a super melon. I eat them a lot; to continue, asparagus, alfalfa sprouts, cayenne, avocado, parsley, coconut, agar ( a gelatine) and many more. Check it out on ‘google’. The list for alkaline and acidic foods are long.  DO YOUR OWN RESEARCH – then you can pick the food on the list that you like eating. Remember to keep the acid forming foods low on your list.

“Those who expect to reap the blessings of freedom must, like men, undergo the fatigue of supporting it.” (Thomas Paine) 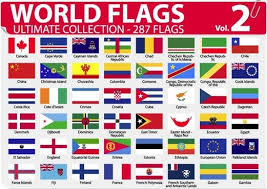 GOD BLESS YOU ALL, GOD BLESS AMERICA, and GOD BLESS THE WORLD!

One thought on “Health Tips, cont.”