Think about the following:

DO YOU KNOW WHAT SPECIES YOU ARE 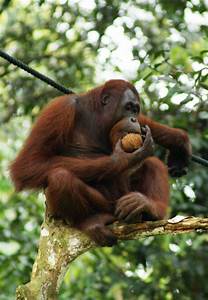 WHAT IS YOUR SPECIES SUPPOSE TO EAT?

HOW DO YOU IMPROVE YOUR HEALTH THROUGH NUTRITION?

Talking about anything related to nutrition and health can take a lifetime.

As a child we had a victory garden, so I have always been interested in food from planting it to eating it. Without food there is no nutrition or health. When in my 30’s I had a friend who owned a health food store. That is when I became interested in vitamin supplements. Supplementation information, in the 1970’s, was different from what it is today. Vitamins were taken by folks separately, and not in multiple form, because the vitamins didn’t come in multiple form. Vitamins, at that time, were chemically manufactured, using little if any natural ingredients.

Because of the vitamins being chemically manufactured, it was easy to overdose on supplements. Through my experience I found out that a person could overdose on Vitamin A. The suggested amount to be taken was 25000 mg per day which was the amount implied to be  necessary for good health. The, then, chemically manufactured Vitamin A, had side effects because it was not manufactured from a natural Vitamin A source. The side effects included; heart palpitations, nerve problems, spasms, dizziness, etc.

I, innocently went to the doctor for my yearly exam. My doctor went into panic mode when he checked my heart, which he said was “racing frantically.” He sent me to a heart specialist for testing.  The heart racing frantically, today, is referred to as atrial fibrillation or irregular heart arrhythmia, etc.  At the end of the testing, the heart doctor informed me there was nothing wrong with my heart, however, he wanted to know what medications/drugs I was on. I told him none – but that I was taking a lot of vitamins. He asked which vitamins. I went down the list, Vitamin C, E, A, and D – which was the normal protocol in the those days. He said, “Vitamin A – how much are you taking.”  I told him I was taking the required 25000 mg per day. He emphatically said, “woman are you trying to kill yourself?” I said no, why? He then told me “that taking 25000 mg of Vitamin A per day was destroying or would eventually destroy my liver and I would be dead.” Talk about a wakeup call. This scared the living daylights out of me. I was overdosing on Vitamin A.  I immediately took Vitamin A off my list of vitamins. It wasn’t until beta-Carotene came out, on the supplement list, that I dared to take anything remotely related to Vitamin A.

Beta-Carotene is an organic strongly colored red-orange pigment abundant in plants and fruits. I found out, by researching it, that the human body converts beta-carotene into Vitamin A as the body needs the Vitamin A. This information made me feel that it was safe to take beta-Carotene to get the Vitamin A that the body urgently needs. This experience started my quest to be healthy the correct way – NATURALLY!

Today we are bombarded with health messages on the TV, radio, and through the media. These messages put doubt in the human mind about what we are supposed to believe and/or do. So, to start at the beginning –

NUTRITION: What does it mean? Nutrition is “the sum total of the process involved in the taking in and utilization of food substances by which growth, repair and maintenance of activities in the body as a whole, or in any of its parts, are accomplished. (Taber’s Cyclopedic Medical Dictionary). Nutrition includes, ingestion, digestion, absorption, and metabolism (assimilation). Nutrients are stored in and by the body in various forms and drawn upon when the food intake is not sufficient.

I believe in natural healing – that the body heals itself – given the proper nutrition . To improve your health through nutrition you need to know and understand WHAT SPECIES YOU ARE  and WHAT YOUR SPECIES IS SUPPOSE TO EAT! 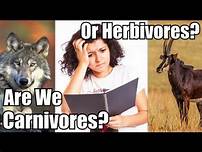 As humans it starts with eating food that is biologically suited for our species. So, what species are we? Imagine yourself at the zoo looking at all the various animals in their cages and some animals who wander in the open, as they do at Disney’s Animal Kingdom; and seeing elephants, giraffes, deer, apes, chimpanzees, snakes, birds, lions and many other animals. Which of these Homo sapiens do we look like? The primates of course – which include the apes, chimpanzees, and monkeys. This species of animals are called FRUGIVORES – AS ARE WE!

Most of you are probably familiar with the terms, Carnivores, Omnivores, Herbivores. The question is, why are we, as humans, not like them? The difference between Carnivores, Omnivores, Herbivores and Frugivores is the Digestive System, Eliminative System, Extremities, Integumentary System, Skeletal System, and Urinary System. Laboratory dissecting and observation of the different species anatomical structures and physiological processes conclude that humans are FRUGIVORES, whether you like it or not. It is a mystery to me that humans are the only species that is confused about what to eat.

Kids know. Studies made with children showed that when they were put down in front of a table with a variety of foods, to include junk foods, and were told to choose anything they wanted to eat, the kids chose to eat the fruits, veggies and nuts. I tested this out by observing my own grandkids, (when they were little), and now my great-grand-children – at the family gatherings throughout the years and as late as this year’s Super Bowl gathering. The grandkids are now the parents. The great-grand-children  have been readily exposed to all the junk food to include meat, but when filling their plates, picked the many varieties of fresh fruits and raw vegetables. By observation, it was the parents who encouraged their children to eat the meats, dairy, etc. I have concluded that, not only in this case, but with almost everyone, it is the parents that encourage foods, not meant for their species, upon their children, for various rationalized reasons – and then wonder why they, themselves, and their children are sick all the time.

There are exceptions to this observation. However, today humans have gotten out of their realm when it comes to food and are in the habit, by way of their parents/grandparents before them, of eating foods not healthy for their species. At the end of the day, whether humans like it or not they are still FRUGIVORES.

It is only fair that I help you to understand and distinguish the species: CARNIVORES are meat eaters, OMNIVORES are some meat, vegetables, fruits, roots and some bark eaters, HERBIVORES are vegetables, herbs and some roots and bark eaters, FRUGIVORES are mainly fruits, nuts, seeds, sweet vegetables, and herb eaters. Because of our systems, mentioned earlier in an above paragraph, we are FRUGIVORES. To maintain healthy bodies we should be eating what our species should be eating. If we did this on a regular basis, we would be vital and/or become vital again, and enjoy the rewards of life. However, it requires the reconditioning of our minds. As humans, we need to retrain our emotions to enjoy the eating of raw fruits, veggies, nuts and seeds.

Other protocols to be followed on our journey to being healthy include, as well, a good exercise/fitness program, stress relief programs, and relaxation programs. They are all-inclusive to being healthy, maintaining healthy and returning to healthy if that be the case.