CASTOR OIL? It has been around for thousands of year – used in the ancient days for healing purposes. Castor oil is a vegetable oil from the castor bean (ricinus communis). It is colorless, pale yellow, is a triglyceride, and a monounsaturated fatty acid. The FDA claims castor oil to be safe and effective. To be pure and effective it has to be  cold pressed. It is then heated to take out any properties that might be considered harmful. When you buy it, look for Cold Pressed, and pure, with no additives, on the label.

I heard of castor oil when I was pregnant. Considered an ‘old wives tale’ it, was suppose to induce labor. Children often heard of it as a punishment (ugh, it did not taste good), if they did anything wrong. In the 15th Century, and many centuries before, it  was attested to work well as a laxative. During the World War era (1933) in history, it was used by Hitler as torture of his war prisoners, basically the Jewish people. But what is thought about Castor Oil today?

As I researched Castor Oil, I found it to be a versatile oil. Since I had purchased a bottle ions ago, I wanted to know what it was really good for. The Punishment use had been dispelled by medical specialists as being cruel. They recommended against that type of practice, because they did not want medicines – which Castor Oil was considered to be, to be associated with punishment. As for ‘inducing labor’ – read on.

When I say versatile, that it is. It is considered to be a valuable seed oil, that can be found in soaps, lubricants, paints, dyes, waxes and polishes, perfumes, pharmaceuticals, food and preservatives, etc. The following will enlighten you on its many considered and approved uses today. Castor Oil can be used ‘naturally’ as a:

PRECAUTIONS: Already mentioned throughout the blog – here is a reminder.

AGAIN: Do your own research when trying new things – natural or processed. Check with your Dermatologist or family physician before you proceed. Or, if you don’t want to do either. PROCEED WITH CAUTION. 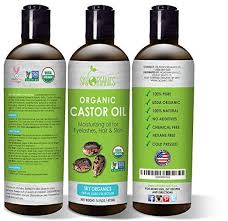