A virus is a pathogenic, parasitic organism that isn’t classified as being alive, since a cell is an essential to our definition of life. A virus has no cell membrane, no metabolism, no respiration and cannot replicate outside of a living cell. A virus is a creepy half-live, single strand or double strand of DNA or RNA or both, looking for a cell to invade. Once inside, it reprograms the cell with its DNA or RNA and multiplies on mass, bursting through the cell with a thousand or more new virus strands seeking new cells to invade. RNA viruses mutate more easily than DNA viruses. (SARS, bird flu, West Nile virus, swine flu, hepatitis, measles, polio, yellow fever, and Ebola are among the many RNA viruses). (From Epoch Times Health)

Research is showing that viruses are not a natural phenomena, and are for the most part man made. Because they are man made they can be changed or altered to suit the purpose for which they have been developed – be it for a good or evil. Per the picture, the shape of most viruses is basically the same. The health issues of most humans to date have been caused by man-made viruses which can be spread in many different ways – air, water, food, etc., use your imagination. The treatment for years has been man made pharmaceuticals, and vaccines which also can be developed to heal or not. 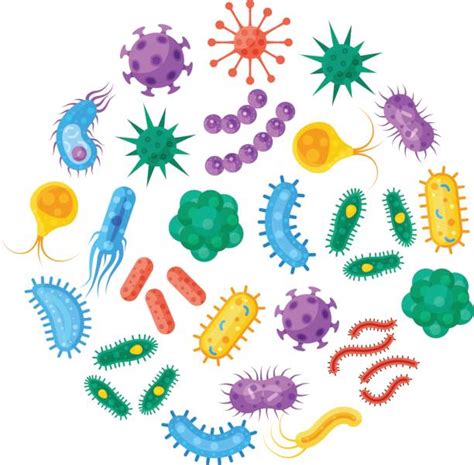 According to the Taber’s Cyclopedic Medical Dictionary – A bacteria (plural of bacterium), is a unicellular plantlike micro-organism, lacking chlorophyll. When appearing singly they are called micrococci; when in pairs diplococci; when in irregular clusters, staphylococci; when in chains, streptococci; when in regular groups of eight, sarcinae. Other groupings include bacilli, coccobacilla, fusiform bacilla, treponema, vibrios, and spirilla. Most bacteria are relatively constant in form, but also appear rodlike  or spiral in shape. They are considered by some to be involution or degenerating forms and by others to be stages in complex life cycles. The Webster Collegiate Dictionary describes them as “bodies often aggregated into colonies or motile by means of flagella, living in soil, water, organic matter, or the bodies of plants and animals, and being  autotrophic, saprophytic, or parasitic in nutrition and important to man because of their chemical effects, and as pathogens.” Per the picture you can see the shape of bacteria is variable.

In earlier days the treatment for bacterial infection was by the use of antibiotics. However because of the widespread and sometimes inappropriate use of antibiotics, strains of bacteria have begun to emerge that are antibiotic-resistant – posing a threat to the general health and welfare of the people and is a challenge to researchers.  Bacterial infection represents one of the high points of modern medicine.

In reality, as we are now living in a world inundated with viruses and bacterium, it is important that the human body be maintained through a balanced diet that provides nutrients, minerals, and vitamins for function and effective immune response. Immune function is impacted by factors to include age, nutritional and hormonal status.

Remember – a compromised immune system raises the risk of infection from all harmful bacteria and viruses. Bacterial infections are occasionally life-threatening health concerns, as are man-made viral infections except when the man made virus is deliberately developed for genocide purposes.

The above is for information purposes only. Do your own research and draw your own conclusions regarding the danger of bacteria and/or viruses.