simply put – is clearing the human body of years of TOXIN build up.

Detoxification addresses the cause of disease (dis-ease). It alkalizes, cleans, and regenerates the body.

Today it is a subject discussed on Talk shows, read about in magazines and newspapers; as well it is pushed onto the public in TV ads which encourage you to buy products that are suppose to cure your problem within just a few days or weeks.

Speaking for Jimmy Microbe, he would tell you – get ready folks – you are in for a big lifestyle change.

Today DISEASE is described as weakness in the glandular systems of the body, to include: Adrenal, Lymph, Endocrine, Kidneys and Liver. Scientific facts have proven that most chemicals weaken and destroy body cells. Radiation, for example, as used in cancer treatment, burns and destroys cell tissues. Detoxification, does the opposite, it assists your body in healing itself!

I started my journey into being well by using supplements in the 1960’s. At that time most supplements were produced using artificial substances. One day while getting a yearly check up, my heart went crazy. The doctor went into panic mode and sent me immediately to the hospital where a heart specialist put me through a myriad of tests. The prognosis? Nothing was wrong with my heart. The doctor then asked me, “What in the world have you been doing or taking? Are you on drugs?  I responded by telling him I was only taking Vitamin Supplements, to which he angrily responded, “which ones?”  I  blurted out the list. When I came to Vitamin A, he said “VITAMIN A”, how many milligrams a day are you taking? I told him, “25,000, that is what the bottle said was in each little pill”. He flipped out and said, “Lady, are you trying to kill yourself?”  To make a long story short, the doctor told me I had overdosed on Vitamin A, and if I kept taking that much Vitamin A it would destroy  my liver. He ordered me to stop taking it immediately. I complied.

Vitamin A, at least what I was taking back in the 1960’s, was not made from natural ingredients. Eventually, I went back to taking it in Beta- Carotene form which had just come on the market. This was supposed be natural; the latest craze, good for everybody, etc.

So, how did being natural, make Beta-Carotene better or different I queried, since it was still Vitamin A.  The information that came out regarding Beta-Carotene informed folks that it could be taken safely, and in larger quantities (which no one should do), because it is stored in your body and when your body says it needs Vitamin A, it naturally turns the Beta-Carotene into the amount of Vitamin A your body needs.

To shorten another long story, it took many years of research and trying everything out on myself, before I by chance, became acquainted with Robert Morse N.D.  His knowledge and willingness to share, changed my life forever. I attended his course at the International School of Detoxification in Florida, and became certified as a Detoxification Specialist.

Broken down is dis-ease.  One’s instinct when they experience any kind of dis-ease is to call the Doctor, go the the Emergency Room, and/or get help to ease the problem anyway they can.

Generally speaking, we do have treatment choices, basically speaking – two: allopathic and traditional.

Allopathic is treating with pharmaceutical medicines.

CHEMICAL medicines are used to treat everything from a simple headache or toe ache to degenerative conditions to include heart disease and cancer. Chemical medicines treat the symptoms and rarely the cause.

TRADITIONAL/NATURAL medicines, in a simple sense, treat the cause by way of natural products made from animal, plant, mineral substances, or herbs, which are found in nature.

Treating symptoms never cures the cause of the disease/problem. True naturopathic treatment serves the purpose by way of Detoxification.

Read on in a future blog – Detoxification (what is it?)

One year for Christmas, my parents gave me and my sister a book called HITCHHIKING WITH JIMMY MICROBE (1939) By Virginia Budd Jackson. It was the story of a Microbe and his contention with the accumulation of bacteria and germs that invade a human’s body, and personal hygiene.

Of course, from that moment on Dad wanted us to become doctors. Why…because he wanted to be a doctor. However, due to circumstances involving his family he ended up becoming a Dentist.

Isn’t it funny the things that influence one’s life. Retroactively, I am living my Dad’s dream. The difference is that I am going down the Natural Healing Highway instead of the Allopathic (pharmaceutical) Highway. 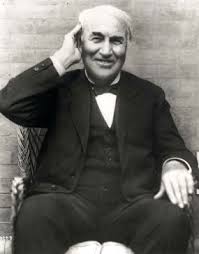 As Thomas Edison put it so wisely: “No one can overcome a health problem using the same mind-set that created the problem.”

The subject of Health can be sophisticated, ambiguous, and chaotic.  In a nutshell….we are born, we live, we die, each in our own way and according to God’s plan.

I’ve been told I had pneumonia right after I was born. It is safe to say I wasn’t born the perfect baby. How did I get pneumonia? I don’t know or at least no one ever told me.  However, having had pneumonia many times since, as well as other short lived health issues during my childhood and adulthood, I became inadvertently passionate about being well and staying well. It wasn’t until I was in my middle 30’s that I did anything about it.

Follow me as I share the next leg of my journey.  I welcome comments and questions so don’t be afraid to ask. Questions will be researched and addressed in future blogs.

Thanks for reading.
Ilse

Have you ever lived in Florida?  It is a 365 day a year vacation, especially if….you are retired. Being a multi-tasker, I still work. As a Certified Detoxification Specialist, I counsel  with clients to revitalize their well-being. It is my passion!

Stay tuned for an educational journey into the explosive 21st Century’s world of Health! Life is not without adversity, nor is it without blessings from God. Life is continuing education through love, faith and perseverance.

Do you know: that the Gardasil shot they are forcing you to give your teenagers has dangerous side effects which in the future will render your children steryl?

Did you know that infectious diseases were rare until the CDC/FDA decided to vaccinate babies. At first the decision for vaccinations was to be done on teen agers. This didn’t work out – so they decided to start with newborn babies. Did you know that your newborn baby is given a Hepatitis 3 shot (a contagious disease) within 12 hours after it is born – and without your consent. You did not know that the papers you signed regarding your child included that shot. You were told you were giving permission for the doctor and hospital to do whatever it is they do for newborn baby’s. AND YOU NEVER ASKED ANY QUESTIONS!

Do you know your Immune System? Think of it as a single army, with two separate service branches: innate (natural or inborn), and adaptive (having a capacity for or tendency towards adaptation). Each has different kinds of soldier cells, called leukocytes, with unique areas of expertise and responsibility.
….Life Extension

Do You Know: It is being discovered that MASK WEARING is now causing rashes and sores on the face and chin. It as well – according to the dental professionals – is causing bad breath, decaying teeth, and sore gums. The bacteria that stays in the material of the masks have no where to go except back into the mouth and on the skin.

Did you know?
…a tooth is an actual organ, connected to other organs in your body.

YOU – Relax and let go. Spend time with yourself. It is not what you believe in, or what you think, it is what you are.!  (True Healing)

Please do not wear a mask in my presence.
I am not afraid of you.
You are not a germ.
You will not contaminate me.
You are a human being
Made in the image of God, and
I need to see your smile.
(Please pass this on.)

“We are all God’s children – REMEMBER – that is who you truly are, act and live accordingly.”
..Anonymous

Truth is not what you want it to be. It is what it is. You must bend to it’s power or live a lie.
—-Masashi Myamato